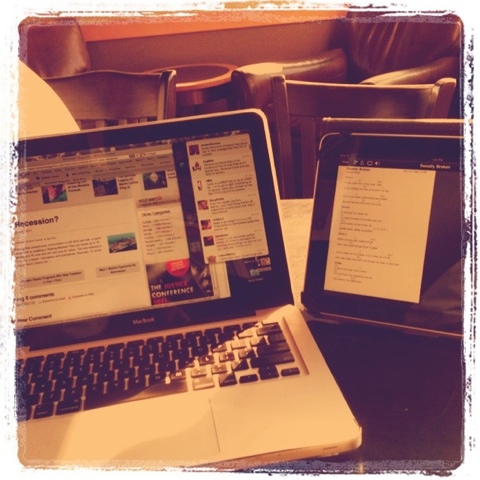 I’ve become an avid reader of the Pulse App, which clumps together a world of selected periodicals ranging from hard news to food journals of your choice. It makes for a great productive moment of just sitting. You know what I’m talking about! Those moments in the busy day where you just need to stop your day’s conveyor belt and fill your head with mindless entertainment, world updates, and/or latest technology previews.

One article I feasted my eyes on was a great article from Fast Company about knowing when to let go of a personal business venture that isn’t working or being ok with getting fired from a job that isn’t your life’s goal and desire. It’s the whole attempting to squeeze a squared peg in a circle hole syndrome.

If it doesn’t fit, why waste your time, right?

And after all the dust settled from the article’s eye opening introduction, what emerged was the simple reality that pride is at the center of it all. Pride keeps us from letting go. Pride prevents us from seeing other possible alternatives. Pride blinds us from the current realty that our job situation may not be the place for us.

Pride, in short, masks the fact that we’ve failed.

Failure, let me remind you, isn’t all bad. Michael Jordan once said that he failed more times than he succeeded in basketball and that’s why he became one of the greatest NBA stars to ever play the game. Sure fear plays a role in the whole equation, especially when we can’t see how the future is going to pan out. And rightfully so. Many of us have invested countless number of hours and energy at our current jobs, it’s hard to fathom taking the loss and moving on. But pride does have a way of paralyzing us from potentially pursuing even greater things.

Or, in my context where work and church collide, sometimes shutting down ministries that aren’t working is the best option. Why keep something going if it isn’t meeting it’s initial vision, and doesn’t seem to be headed in that direction in the near foreseeable future? Just because it’s tied to a spiritual dimension doesn’t mean it’s worth dragging it through the mud. And this isn’t a reflection that God isn’t moving. Sometimes, things just don’t work out.

How about you? Are you at a job that you should have walked away from years ago? Or are you among the select few who actually loves their work?

p.s. What are your thoughts on the article?