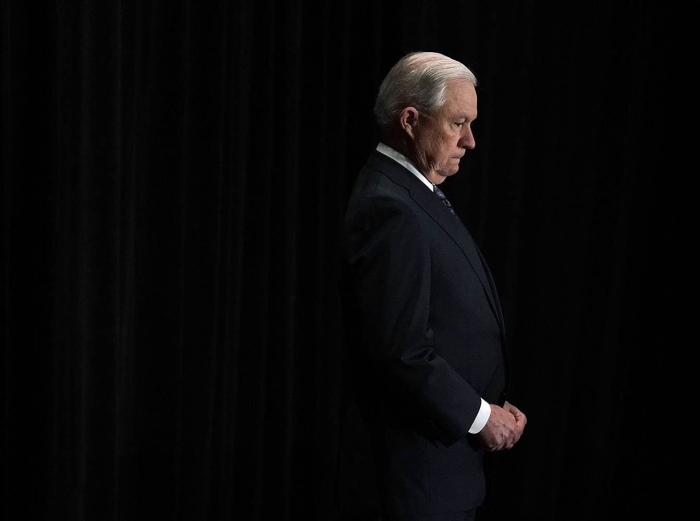 Yes, but context is everything. We have to be very careful when we cite Scripture as a basis for our actions.

Attorney General Jeff Sessions recently quoted Romans 13 to hit back at the “concerns raised by our church friends about separating families.” He called the criticism “not fair or logical” and quoted the passage in his defense of the administration’s tough policies on illegal immigration.

Governments, back when the Book of Romans was written, was far from being a democracy. In a democracy we understand that there is a sense in which we, the people, are the government, and should not hesitate to help “govern” our democracy through our participation in the democratic process. That’s the beauty of our freedom, both in Christ and in our country.

Having said that, as believers, especially living under the dynamics of a democracy, when the government commands us to do something that is disobedient to God’s Word, we must resist the government and obey God.

For example, when the Sanhedrin commanded Peter and John to stop speaking in the name of Jesus, they replied “Whether it is right in the sight of God to give heed to you rather than to God, you be the judge; for we cannot stop speaking about what we have seen and heard (Acts 4:19-20).” Later, when the command was repeated, Peter answered, “We must obey God rather than men (Acts 5:29).” And, going a bit old school, Shadrach, Meshach, and Abed-nego refused to bow before Nebuchadnezzar’s idol (Dan. 3). Similarly, in defiance of the king’s edict, Daniel continued to pray even though the ruler told the prophet not to (Dan. 6); or King, Bonhoeffer, and other more modern revolutionaries who stood up against the laws of man for the good of Kingdom principles.

With that said, immigration is a complex issue. I understand the need to tighten up our borders and I agree that our government should work to create a better system by which we process those currently here illegally and those who want to come here through legit avenues. But, in submission to God’s Law; which trumps man’s law (no pun intended), the Bible says, “And if a stranger dwells with you in your land, you shall not mistreat him. The stranger who dwells among you shall be to you as one born among you, and you shall love him as yourself; for you were strangers in the land of Egypt: I am the Lord your God (Leviticus 19:33-34).”

The Bible is also clear as to how we’re to treat orphans and widows. God desires for us to look after the widow and the orphan, as James 1:27 says, “Religion that God our Father accepts as pure and faultless is this: to look after orphans and widows in their distress and to keep oneself from being polluted by the world.” Having policies that separate children from their parents go against the core desires of God.

2 thoughts on “Submitting to the Government”