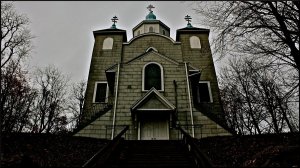 The events post the Ferguson decision have been very debilitating for me. Not because I’m a black man dealing with, yet again, another situation where the “system” has mangled the mouths of expression and has shone its true face of oppression in the facade of freedom. And not because I’m a white police officer caught in a somewhat no win situation where the result of trying to choose to do the right thing in the midst of high emotion and adrenaline always ends up not being the right thing. Nor is it because I am saddened at social media’s ability to give people one word jabs at each other, thus challenging the idea of having decent and respectable conversations with one another.

Although, these have a lot to do with how I’ve been feeling.

If there’s one thing, especially from where I stand as a pastor, that the events leading up to and resulting from the grand jury’s decision in Ferguson reminds us of about the church in America, specifically, it’s we’ve remained unacceptably quiet on issues such as these.

Sure, we’ll preach a sermon on reaching our neighbor and use the Good Samaritan as our example. Or, we’ll teach about embracing the sinner of all sinners in our society by referencing the Woman Caught in the Act of Adultery. And, we’ll even rally our church folks on a mission to immerse ourselves in other cultures by pointing to the very One who moved into the neighborhood, leaving His divineness, to walk among us.

But, unfortunately, as quick as the call to embrace others begins, it painfully ends the moment benediction is given and service is dismissed.

Am I pointing the fingers at others, while not assessing my own actions and believing I have everything altogether? Absolutely not.

The church at large, including the church that I lead, has a lot of work to do when it comes to restoration, reconciliation and redemption between cultures. And when I say culture, I mean the wide array of cultures that make up our dwelling places. From race to socioeconomic and from religion to gender, these are all cultures that comprise who we are as a society. The three “Rs” I referenced earlier are common catchphrases within church speak, but it truly seems that the practice of such is far from evident. Over the past few decades, the church has built itself up on fantastic services focused on production, as well as, transforming the church to becoming people’s “third place”, that we have forgotten how to engage people where they’re at. It’s almost as if creating an alternative spiritual coffee shop within the confines of our churches or planting popular burger joints on our campuses is the solution.

We expect, nearly demand, people to “come”, yet we’re unwilling to “go”.

Yes, Jesus’ first call to His disciples was to “come” and follow. But Jesus’ final words to His friends were to go into the world to make disciples and preach the gospel. And, in doing so, the natural result would be redemption, reconciliation and restoration between cultures and, ultimately, to the Father.

I truly believe that a step in the right direction would be to heed the words of James when, in his letter,  says, “My dear brothers and sisters, take note of this: Everyone should be quick to listen, slow to speak and slow to become angry.”

Black. White. Gay. Straight. Homeless. Privileged. Muslim. Buddhist. Perpetual Liar. Addict. Orphaned. Widowed. Elderly. Youth. Everyone deserves the right to be heard. And the church needs to do a better job at listening, while responding with compassion and love.

It’s not a fix all, but it definitely is a start.

Church…get off of your butts and engage the hurting world around us. It’s time to truly “go” and love others as Christ loves the church.